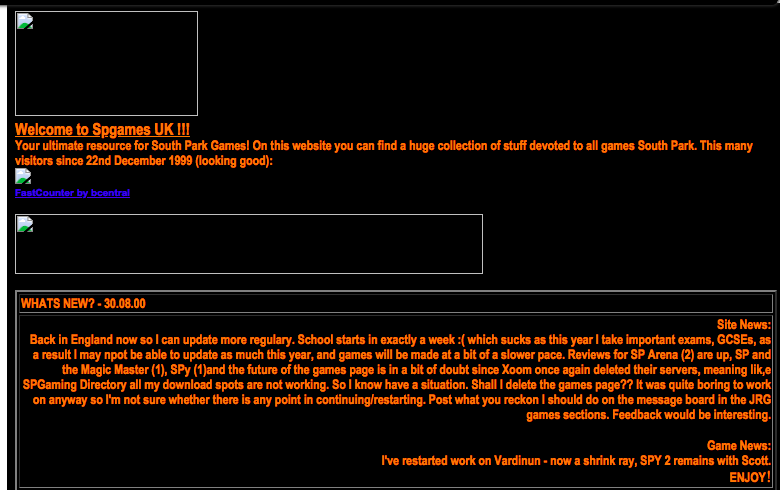 1999: IFRAMES!
I began making websites at the age of 14. The first one of note was spgames.co.uk. Back then I thought Arial narrow and orange on black was a good idea. It used frames and had a hit counter and was suprisingly popular. I am actually more of a fan of South Park these days then back then, but thankfully my web design skills have improved since back then. 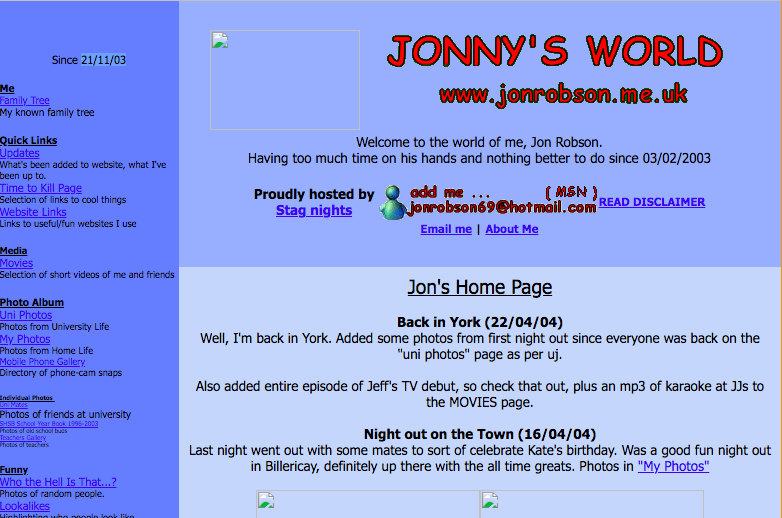 2003: Comic Sans! MSN!
This domain was born somewhere around 2004 as a site called "Jonny's world"'. I was young, I was a college student. I blogged about my life there. I posted photos (this was before Facebook was a thing) and I linked to things that I liked (this was before Twitter was a thing). In terms of web development I still thought frames were the best thing ever. In my own words it was a location for people to visit in hopefully a few years, months time or in a regular basis to give people memories of certain events.. such as the school leavers ball, a certain party, our time at school.". Sadly the web is not kind and due to a broken harddrive most of those images were lost. The wayback machine is the only way back into that period of time. Quite a few people making the transition from high school to college found it and I'd often get e-mails asking me for an insight to life at York University. I ended up creating a website for that purpose and that purpose alone - yo10.co.uk ... but then Facebook came along and made it entirely redundant.

As I began work, I started to realise I needed to use this website as a brand. Twitter was now a thing. Google was now a big thing. I tore everything down and started using this homepage as a notepad 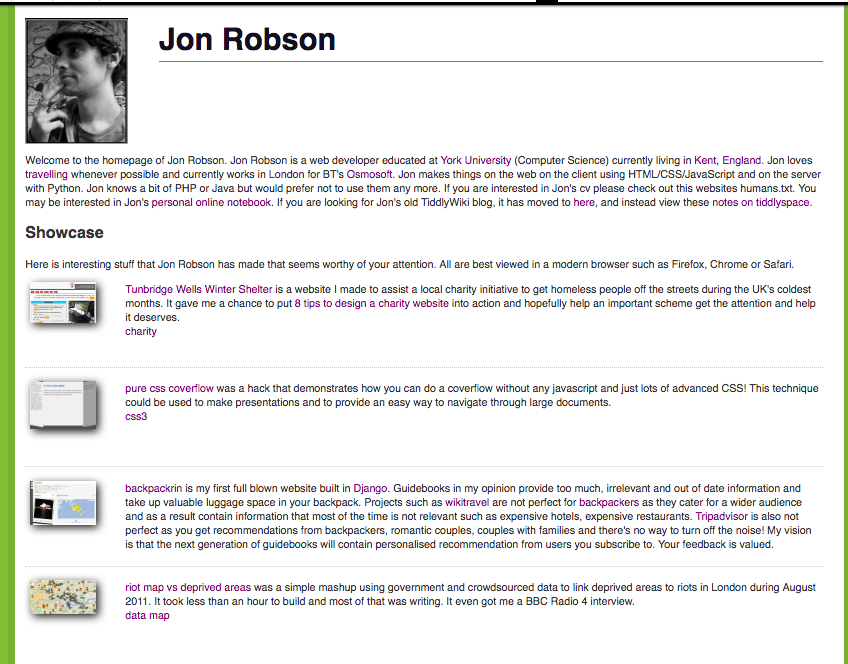 Blogging ceased. Instead this webpage became a list of all the things I was doing. A showcase of sorts of what I was capable of. It went through a few iterations.

Due to some hosting issues, living in the USA but being hosted in the UK, I ended up getting a new domain - jon robson domain. This taught me the hard way abou how fragile the web can be. Google had indexed my https version of my old site and thus I appeared to disappear from Google. My new page despite having all the same content, was now punished in the google rankings - it turns out age is a big factor in how you rank.

Keen to try netifly and play with gatsby.js, I resurrect my old domain. I'll let you know what I learn about Googl rankings in the process... I spend some time reflecting.